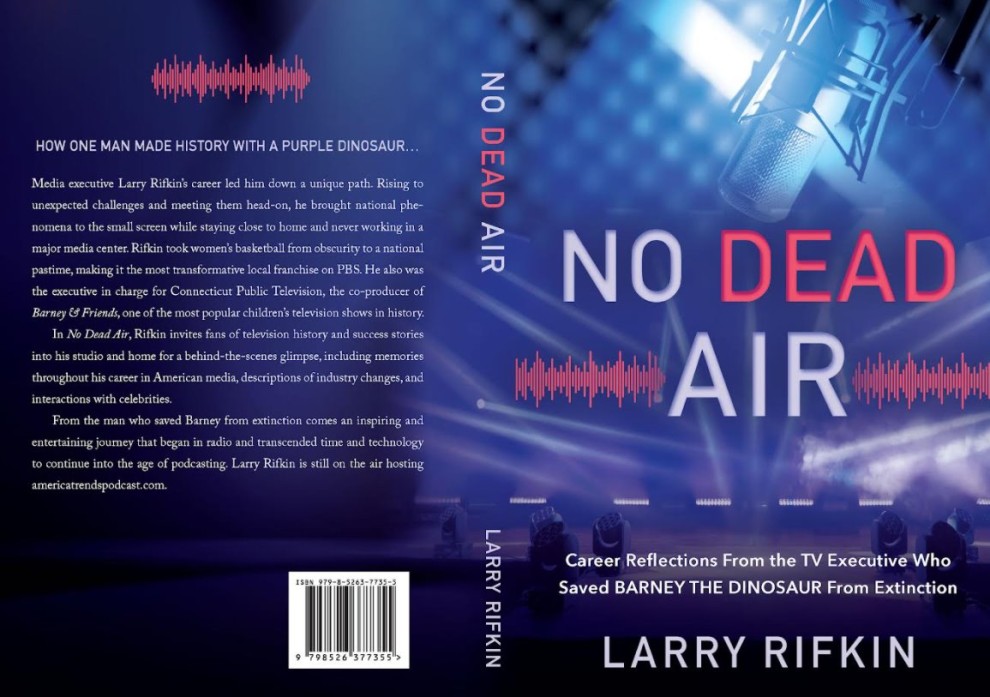 Please join us on Sunday, November 7th at 2 pm for a presentation and book signing as former Connecticut Public Television Executive and former WATR radio talk show host
Larry Rifkin introduces us to his newly released book "No Dead Air"
RSVP to email cconti@jfed.net by November 1st.
Larry Rifkin was the programming executive for Connecticut Public Television (CPTV)for over a quarter of a century, from 1986 to 2009.
CONNECTICUT Magazine characterized his time at the station as the ‘Elvis years’ because of the many programming accomplishments attributed to his leadership.
Most notable, Rifkin was responsible for bringing ‘Barney & Friends’ to PBS. It went on to become one of the most successful children’s television series in history and he introduced UConn Women’s Basketball to television and helped to propel women’s sports on TV nationally.
Under his leadership, CPTV amassed over fifty (50) Emmy Awards in the Boston/New England competition. And Mr. Rifkin was inducted into the Boston/New England Silver Circle in 2006. This is the regional television equivalent of a Lifetime Achievement Award.
Mr. Rifkin was a skilled on air presenter on CPTV and returned to his radio roots full-time back in 2010 as host of ‘Talk of the Town’ on WATR 1320 for a seven year period.
He now hosts the podcast, americatrendspodcast.com, where he looks at changes in our society and our politics. He is approaching 500 episodes recorded.
His new book is titled ‘No Dead Air’ and it will be released in the fall.