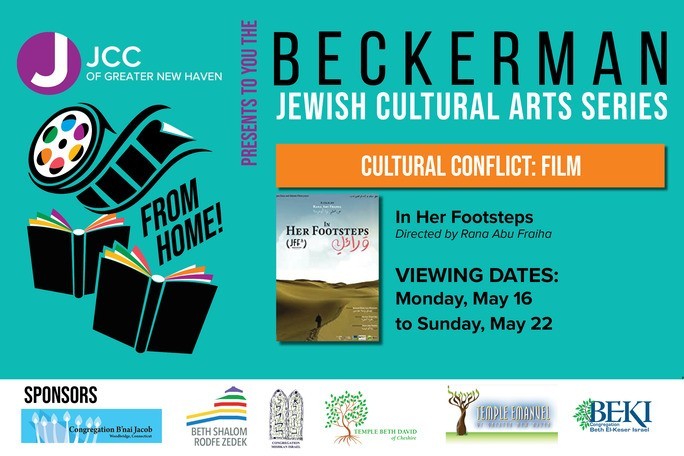 We are delighted to partner with the JCC of Greater New Haven for the remainder of the Beckerman Jewish Culture Arts Series.

This program of Films & Authors series run from February through May 2022.

Directed by Rana Abu Fraiha Israel, 2018 Documentary Hebrew, Arabic (with English subtitles) 75 minutes In the dead of night, my parents left our house in the Bedouin village, Tel Sheva, and moved, perhaps 'fled', to Omer, a nearby Jewish town. For more than 20 years of life in Omer, we were convinced that we're like everyone else around us, till my mother became ill with breast cancer. She expresses an unprecedented wish, to be buried as a Muslim in the town’s Jewish cemetery. Her wish tore the family apart and raised serious dilemmas, about identity, belonging, femininity and the meaning of home