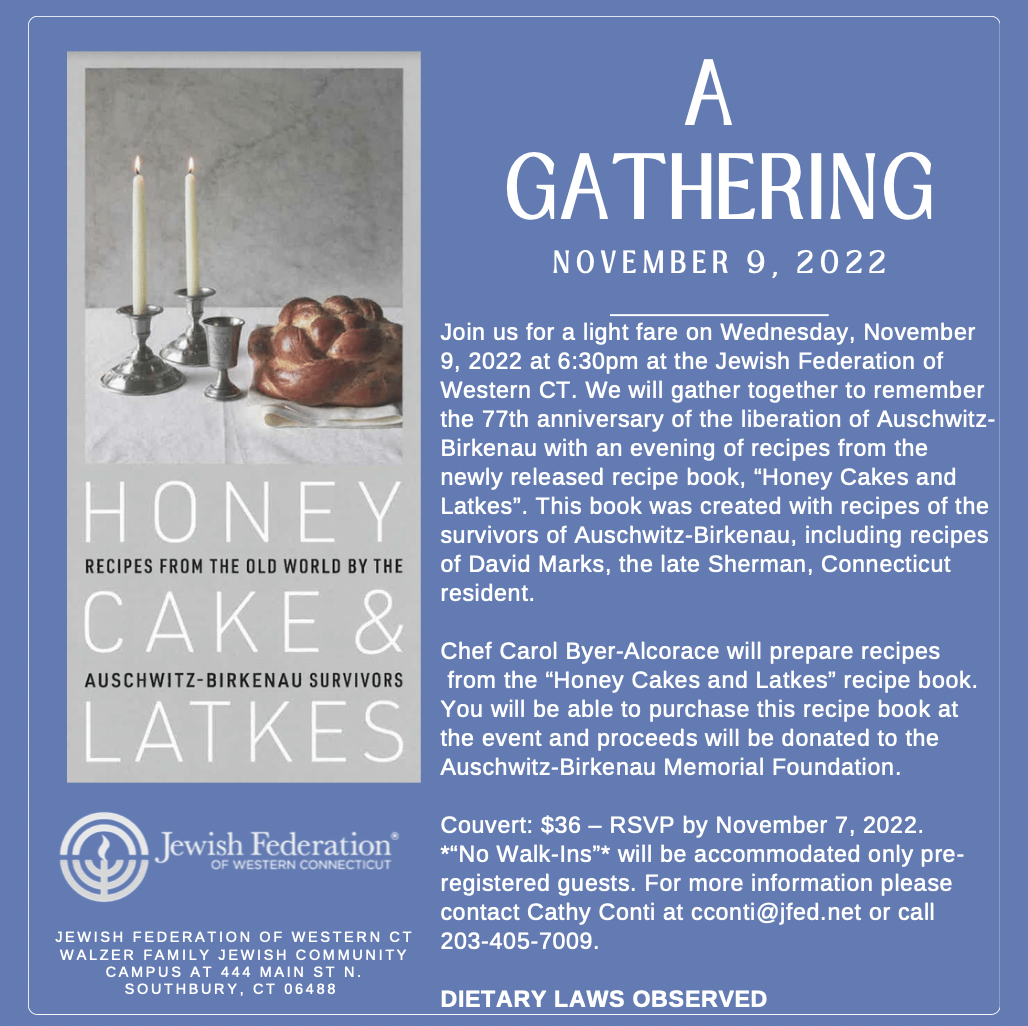 Join us for a light fare on Wednesday, November 9, 2022 at 6:30pm at the Jewish Federation of Western CT. We will gather together to commemorate the 77th anniversary of the liberation of Auschwitz-Birkenau with an evening of recipes from the newly released recipe book, “Honey Cakes and Latkes”.
This book was created with recipes of the survivors of Aushwitz-Birkenau, including recipes of David Marks, the late Sherman, Connecticut resident.
Chef Carol Byer-Alcorace will prepare recipes from the “Honey Cakes and Latkes” recipe book. You will be able to purchase this recipe book at the event and proceeds will be donated to the Auschwitz-Birkenau Memorial Foundation.
Couvert: $36 – RSVP by November 7, 2022.
*“No Walk-Ins” will be accommodated only
pre-registered guests.
Register