On Monday, November 29, 2021, Governor Ned Lamont held a press conference to announce his support for Connecticut’s effort to “Shine a Light on Antisemitism” during the Chanukah holiday.
The “Shine the Light” campaign is presented by all seven Connecticut Jewish Federations, its four Jewish Community Relations Councils, ADL Connecticut and the Jewish Federation Association of Connecticut (JFACT), and in partnership with NAACP Connecticut Chapter, Urban League of Greater Hartford, the Archdiocese of Hartford, the Office for Catholic Social Justice Ministry of the Archdiocese of Hartford and the Connecticut Coalition for Interreligious Understanding (CCIU).
Joining the Governor at the press conference were a number of State Senators, leaders of the NAACP and Urban League, executives from all seven of Connecticut’s Jewish Federations, the interim Regional Director of Connecticut ADL and a number of Rabbis and other Jewish community leaders.
The Governor also issued an Official Statement with respect to “Shine a Light Week”. It is reproduced below and we encourage you to read it. The Official Statement recognizes the many forms of Antisemitism, as well as the need for all people to stand in support of, and in solidarity with, the Jewish people. Importantly, it specifically endorses the International Holocaust Remembrance Alliance (IHRA) Working Definition of Antisemitism as an essential tool in defining Antisemitism, noting that the Working Definition also includes useful examples of discriminatory anti-Israel activity that can cross the line into Antisemitism. We greatly appreciate the Governor’s support and his recognition that anti-Israel activity is a growing component of contemporary Antisemitsm. 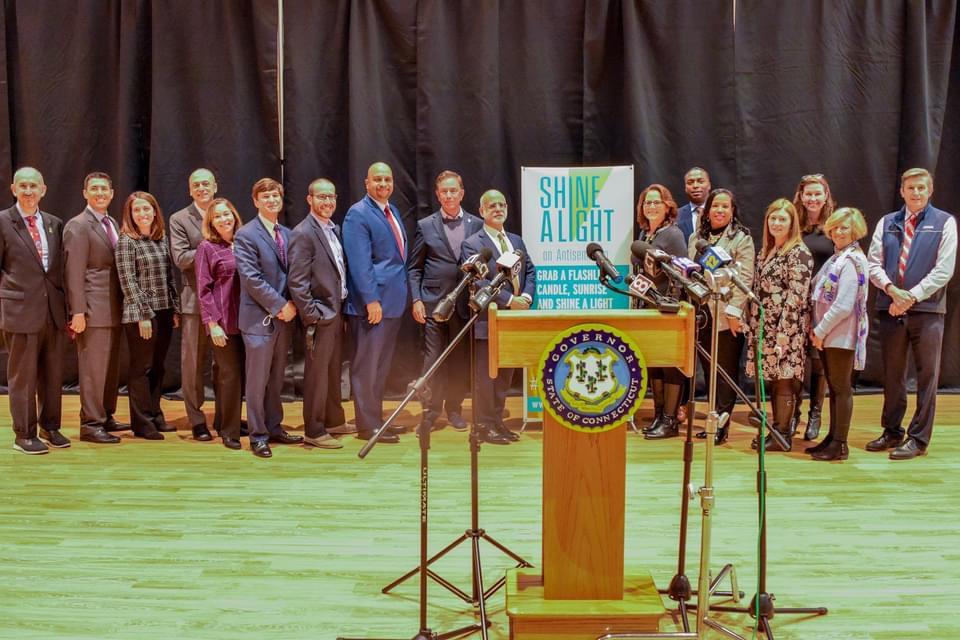