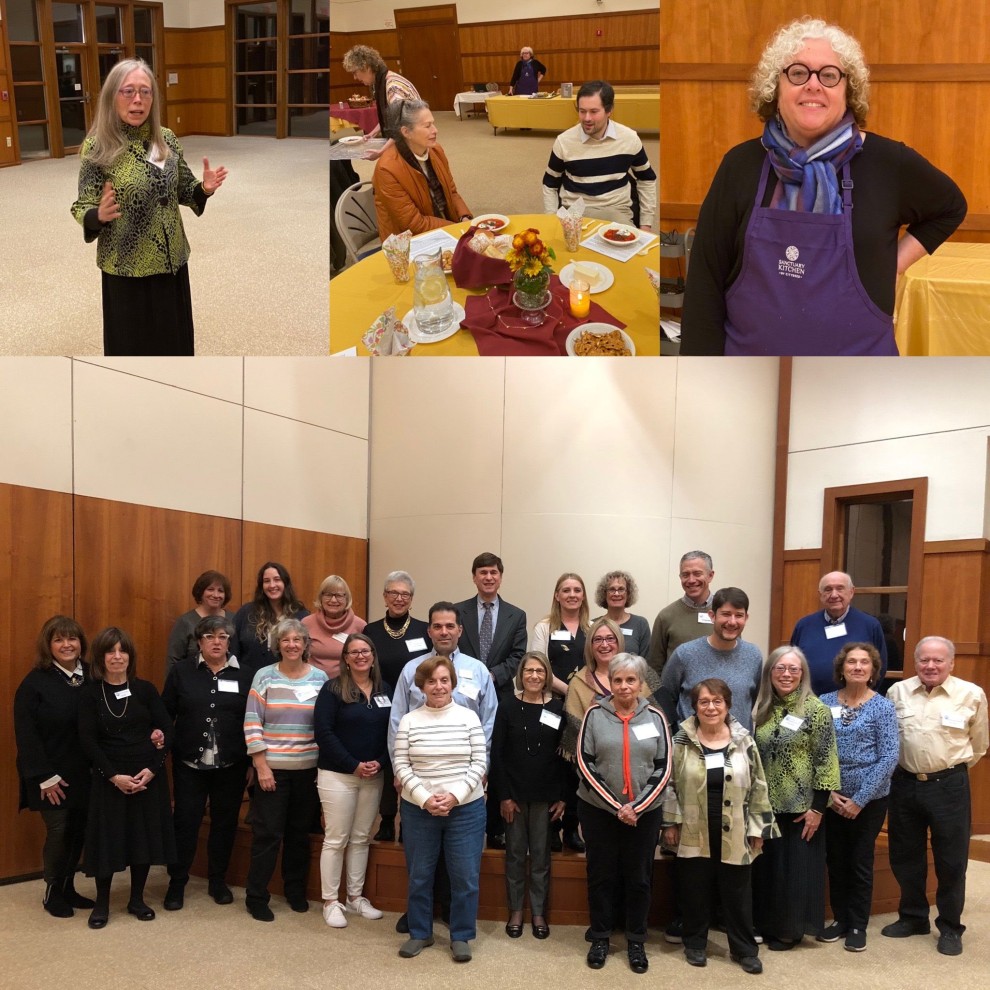 On Wednesday November 9, the Jewish Federation of Western Connecticut hosted the “Gathering”.The Gathering commemorated Kristallnacht (the Night of the Broken Glass) when synagogues, Jewish homes and Jewish businesses were systematically destroyed in Germany and Austria. It also commemorated the 77th anniversary of the liberation of Auschwitz-Birkenau, the largest of the Nazi Concentration/Death Camps.

It was a truly meaningful and memorable Gathering, and we are grateful that so many community members participated. If you would like to purchase the “Honey Cakes and Latkes” recipe book, please contact Cathy Conti at cconti@jfed.net. All proceeds of the book sales will be donated to the Auschwitz-Birkenau Memorial Foundation.