On Thursday, February 17, 2022, Governor Ned Lamont left for Israel on a week-long economic development mission designed to encourage Israeli businesses to conduct operations and create jobs in Connecticut. Accompanying him on the mission, among others, are the Commissioner of the Connecticut Department of Economic and Community Development, leading professionals of Connecticut Innovations, senior officials of the University of Connecticut (including the Interim President) and a number of Connecticut business leaders.

The Jewish Federation Association of Connecticut (JFACT) helped to plan the mission and its Executive Director, Michael Bloom, will accompany the Governor and his team in Israel. JFACT is a nonprofit organization formed and funded by Connecticut’s seven Jewish Federations to ensure that Jewish values are represented at our State Capitol and in other forums. Your contributions to the Jewish Federation of Western Connecticut help JFACT to be impactful in many ways in our State, and this mission is one meaningful example of its impact.

The purpose of this mission is to promote economic development for our State. There are already more than 20 Israeli businesses operating in Connecticut. With the team that the Governor has assembled to accompany him on this trip and the meetings that have been scheduled with numerous innovative Israeli enterprises, there is every reason to believe that new and deeper relationships between our State and Israeli businesses will result from this mission. However, the Jewish community should recognize that this trip signals another message that our Governor is sending: Connecticut is proud to partner with Israel.

At a time when there is so much hateful misinformation being spread about Israel from so many sources, our Governor and other political and business leaders understand the truth about Israel and are comfortable visiting and working with Israel and its people. Just over two months ago, in this space, I thanked Governor Lamont for holding a press conference with Connecticut’s Jewish Federations announcing his support for our statewide “Shine a Light on Antisemitism” campaign. I also thanked him for issuing an Official Statement in support of that campaign endorsing the IHRA definition of Antisemitism which helps make it clear that certain kinds of criticism attacking Israel can cross the line into Antisemitism.

The Governor’s mission to Israel provides a meaningful opportunity to thank him again. I encourage you to do so.

Please continue reading to learn more about the Governor’s mission. 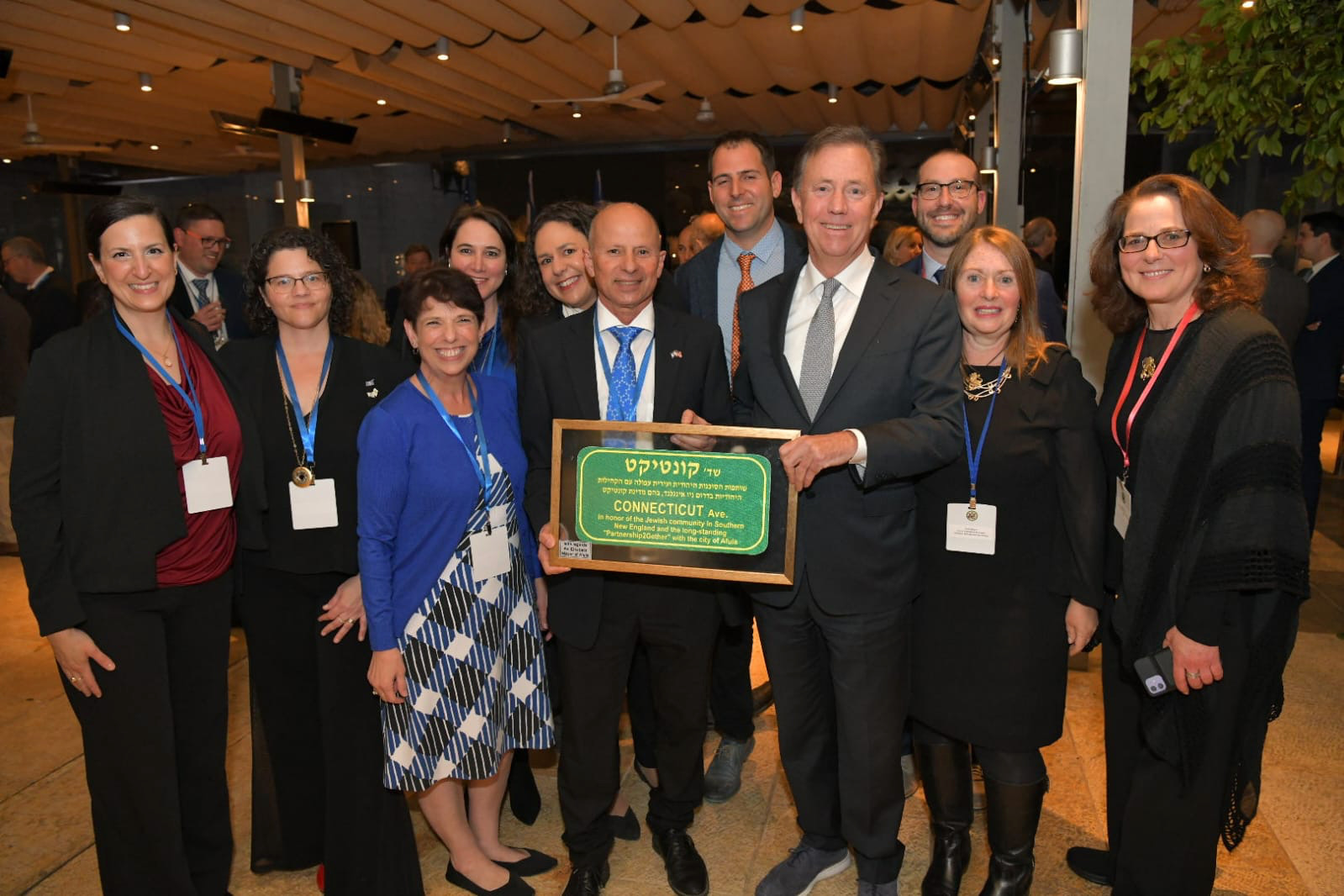